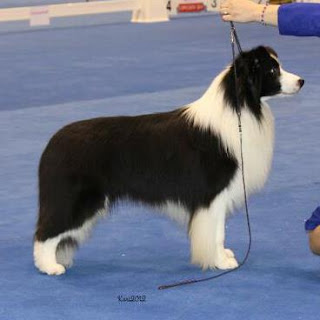 The 2013 Westminster Kennel Club Dog Show will be televised tonight (February 10th) 8:00-11:00 PM EST on CNBC network.  The Hound, Toy Herding and Non-Sporting Groups will compete for the honors to go on to Best in Show Tuesday night.

Please note, Tuesday night Westminster will be televised on a different station at 8:00-11:00 PM EST on the USA network.  Winners of the Sporting Working and Terrier Groups will join the previous day’s winners in the thrilling Best in Show competition.  Look for LIVE - STREAMING coverage of the breed classes on the Westminster site at www.westminsterkennelclub.org!

This year The Westminster Kennel Club has made major changes in what is to be one of the most exciting dogs show on Earth.  From the top down big changes are in store for us; starting with the addition of Reserve Best in Show!  Competitors in the breed classes winning Best Opposite and the Selects will gain points towards their Grand Championships as well.  Because the breed classes have been moved to a 200,000+ square foot facility at Piers 92/94 on West 55th and the West Side Highway, a record number of dogs, some 3200 competitors representing 187 breeds and varieties, will be allowed to compete for the honors.

Additionally, class dogs (non-champions) will be allowed to compete for the honors for the first time since 1991!  In order to be eligible, class dogs must have received at least one 3 point major; class winners dog and winners bitch will receive points towards their Championships.
Two new breeds will be invited to compete this year as well.  Westminster welcomes the Tree Walker Coonhound and the Russell Terrier breeds. Learn more about these breeds at www.AKC.org.