December 25, 2015
This happy hound is America's fourth favorite breed, thanks to its alert, inquisitive nature and lighthearted temperament.  Beagles should never display resentment; their joyous temperaments are resilient, if sometimes, also, a little mischievous. 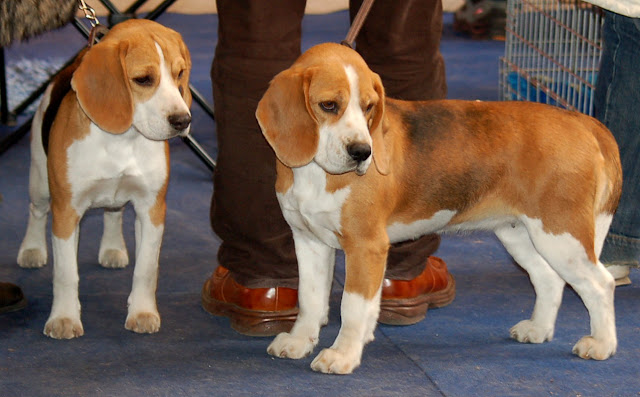 Beagles possess some of the best noses of all dog breeds.  Their olfactory scent glands and nonthreatening demeanor make them ideal airport security workers, sniffing out potential bomb threats as well as contraband items.


Of course we all know and love Charles M. Schultz's Snoopy, but did you know that Snoopy was from a litter of 8 puppies?  Only five of them ever made appearances in the comic strip, Peanuts. Those lucky dogs were Andy, Marbles, Olaf, Spike and sister Belle.

Gromit - Best friend of Wallace, in  Wallace and Gromit, he is an accomplished canine companion with a university degree in both engineering and dogs.

Jasper - Brian of the The Family Guy's gay cousin.

Underdog - The rhyming alter-ego of the unassuming Shoeshine Boy.

Famous Beagles from the Entertainment Industry

Bagel - Barry Manilow's beagle, who graced the covers of three of his most popular albums. One of her puppies was gifted to Marie Osmond on the Donnie and Marie Osmond Show for Marie's 18th birthday!

Bertie - Audrey's beagle in the TV series, To The Manor Born.

Him and Her - President Lyndon B. Johnson's pair of beagles. Clever names indeed.

Phoenix - Hometown to the Beaglefest. Held in Kiwanis Park in Phoenix, Arizona, this annual festival draws close to one thousand human visitors and as many as 600 beagles.

Brilliant beagles are deserving high-brow monikers.  Celebrate your puppy's superior intellect with one of these  "Genius" call names.

Aristotle - Father of the scientific method.  Name your beagle Aristotle, and you can call him Airy.
Einstein.

Darwin - Charles Darwin, the father of evolution, sailed to the Galapagos Islands on the ship, The Beagle.

Galileo - Astronomer that held the radical belief that the Earth revolved around the sun, he also discovered Saturn and Neptune and came the the realization that the Milky Way was actually composed of many stars.

Newton - Sir Isaac Newton is perhaps the most influential scientist of all time.  He invented calculus in order to explain the motion of planets. His three laws of Motion and Law of Universal Gravitation forever changed man's understanding of the Universe and the laws of physics that guide it.

Tao - At the age of two, Terrence Tao attempt to teach a 5 year old relative arithmetic and English. By  age eight, he had scored a 760 on the math portion of the SATs, and at age sixteen he had earned his Masters degree.  He is the youngest member to earn the Fields Medal for outstanding achievements in Math.  Revered by others in his chosen field, professors often say, "If you're stuck... on way out is to get Tao interested in your problem."


These names honor the celebrated aspects of the Beagle's temperament, as the happy-go-lucky hound.

Riley - (The Life of Riley) 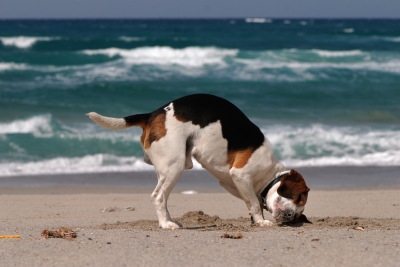