Whether you are getting a new puppy or adopting an adult from the local shelter, finding the right name for your new dog will help you bond to him in record time.  We have complied a list of 50 meaningful names for black male Labs. Here, you're sure to find the perfect name for your new black pup!

Lab Names for Male Puppies Related to the Color Black


Ash - Ruins, the powdery reside that remains after something has been burned.

Eclipse - The blotting-out of a celestial objects light by another closer object.

Etch - The etched material is filled with dark ink to create and image on another object after it has been pressed and the image transferred.

Jet - Pure black and a means of extreme propulsion.

Pitch - The residue of a distillation of tars, to fall forward or to hurl forward. Pitch makes a good name for a black retriever that hurls himself into his work.

Prism - A prism refracts and reflects light.  Black is the absorption of all color.

Slag - Also called cinder, it is the material left over from the ore used to create steel.

Smoky -  Hazy and darkened with smoke. Smokey - Robinson of the Miracles or Smokey and the Bandit, another name for the "Fuzz." 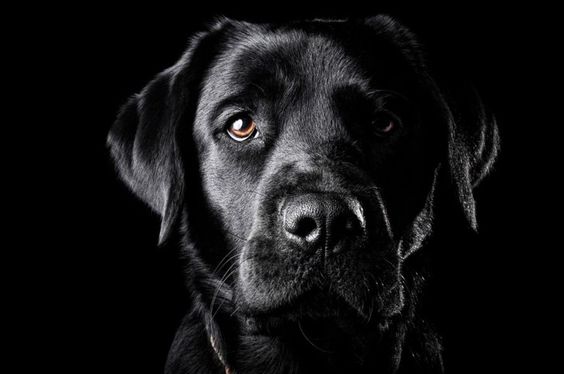 Cap - A donation made by followers of a hunt who are not subscribers on the day of the hunt.

Clay - Clay pigeons are used by gunmen for target practice.

Deke - Slang for a duck decoy.

Epic - The first moment a hunter is born.

Gunner -  A person who hunts with guns; several military ranks depending on the branch or service or country of origin.

Rimfire - A centerfire cartridge or rifle where the primer is located in the rim of the cartridge.

Spur - Spurs are the long sharp point or claw on the back of a male pheasant or roasters leg used for fighting during mating season.

The Labrador originated in Newfoundland as a fisherman's companion and as a second set of hands. Labs eagerly dove into icy waters to help haul nets and to snatch-up fish as they were escaping from the nets. Choose an angler term for your black Labrador's name to celebrate his early working heritage.

Chum - Your best buddy, or bait used to lure fish to your area.

Flip - Flipping is the act of swinging a lure rather than casting it to its target. Also, Flip Wilson, the 1970's black stand-up comedian that earned his own beloved variety show.

Popper - A surface plug that is cup-shaped to create a disturbance on the top of the water as the angler reels in the bait.  It imitates the sound of a wounded fish.

Stinger - An additional hook attached to a lure usually used for spinnerbait lures and live bait.

Male Lab Names From the Movies


Labrador retrievers work as canine cop partners for bomb and narcotics detection, as well as for search and rescue missions.  These buddy cop movies, themed with oddball cop partners, make great name ideas for your new canine companion or partner in crime.

Axel - Axel Foley, of Beverly Hills Cop, is a streetwise Detroit cop, played by Eddie Murphy, that heads to Beverly Hills to investigate the murder of his best friend.  Here he teams up with a pair of local police officers in a series of comical yet effective detective scenes.

Carter - Chris Tucker and Jackie Chan team up in Rush Hour to create one of the most memorable and endearing cop duos in film history.  Tucker plays James Carter while Jackie Chan plays the mild-mannered Chief Inspector Lee.

Darrell - James Darrell Edwards III, is the newest recruit for the Men In Black Agency.  Agent K shows him the ropes as they save a galaxy from the roach people.  Good save!

Murtough - Lethal Weapon paired two cops together that particularly hated working with a partner. Mel Gibson plays, Riggs, a lunatic, and Danny Glover plays Murtough, a veteran cop, who find a way to work together to stop a drug smuggling ring. 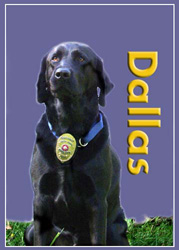 Dallas - CIA Lone Star; Dallas worked for the CIA in Texas; he has since retired and been inducted into their K-9 Hall of Fame.

Dean - Another black Lab CIA Hall of Famer, Dean was raised by prisoners in the "Puppies behind Bars" program.  He served as an explosives detection dog for the Bureau of Alcohol, Tobacco, and Firearms (ATF).

Garcia - Born in New Jersey, this black Lab started his training as a potential seeing eye dog. He was so "sniffy" that they decided his best potential would be reached working for the ATF in explosives detection.  This is where he earned his place in the CIA K-9 Hall of Fame.


Cerberus - Three headed dog that guards the entrance to the  Underworld.

Cronus - Greek god and King of the Titans, he was overthrown by his son Zeus and the other Olympians.

Hades - Greek God and lord of the Underworld and the Dead.

Jupiter - Roman name for Zeus, and the largest of the planets in our solar system.

Neptune - Roman god of of the rivers, seas and oceans. He is the brother of Jupiter and Pluto. Neptune is also the fourth largest planet in our solar system and the farthest from the sun.

Othello - Shakespearean Moorish king, staring in his own Greek tragedy of jealousy and remorse.

Pluto - Roman name for Hades, Lord of the Underworld, and dwarf planet in our solar system with 5 moons.

Sirius - Orion's faithful hunting companion, Sirius traveled the Earth in search of his lost master. The gods took pity on the mournful dog, and transformed him into a star, placing him at Orion's side in the sky. Sirus, the dog star, never leaves his master's side.

Soter - Greek male spirit of of safety, deliverance and protection from harm.

Vulcan - Roman god of fire, associated with volcanic eruptions and feared for his violent destructive force.


Best Toys for Labradors young and old.  Some of these toys even come with lifetime guarantees!


All Images licensed  [CC BY 2.0 (http://creativecommons.org/licenses/by/2.0)], via Wikimedia Commons