Can Pets Get Coronavirus From Their Owners? Here Are The Cases So Far 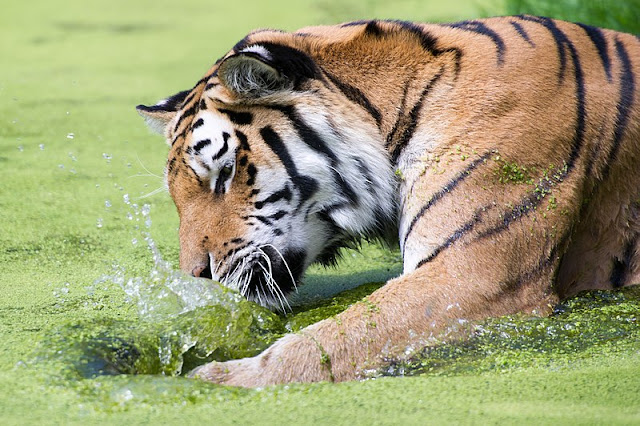 Sunday April 5, 2020, a Malayan tiger, Nadia, was given the news that she had tested positive for the Covid 19 virus.  Nadia and several other lions and tigers residing at the Bronx Zoo in New York had developed a suspicious dry cough, first noticed March 27, 2020.  Preferring to err on the side of caution, zoo officials sent her sample in for Covid 19 testing. It is believed the big cats contracted the disease from one of the zoo keepers, who was asymptomatic, but a carrier for coronavirus. Nadia and her cohorts are not the first animals to have confirmation for having contracted the novel coronavirus from their human caretakers.

Dogs and Cats Have Contracted Covid 19 From Their Owners


In Hong Kong, the owner of a seventeen year old pomeranian, named Benny, contracted SARS -CoV2, and was hospitalized from February 25 to March 8th.  During this time Benny was also tested for the virus and was diagnosed with a weak positive for Covid 19. The dog was asymptomatic, and a subsequent blood serum tested was negative for antibodies to the Novel Coronavirus. Apparently the low level of infection was not sufficient to produced a significant autoimmune response.

The dog remained in quarantine from February 26 to march 14, 2020.  Sadly two days after his return to his owner, the dog passed away.  It is undetermined if the virus had any impact on the dog's death. Since then, another dog in Hong Kong, a german shepherd, has also tested positive for the disease, after his owner was diagnosed with the Novel Coronavirus.

Additionally, two cats have tested positive for SARS-CoV-2, one in Hong Kong and another in Belgium.  In both instances the domestic cats were asymptomatic.  Which makes the symptomatic big cats of the Bronx Zoo an unexpected turn of events.

Can Humans Contract SARS-CoV-2 From Their Pets?


During the SARS epidemic, pets did contract the virus from their owners. However, while they tested positive, none of those pets were symptomatic. Apparently with SARS, domestic cats and dogs,  were not affected by the virus in the same way that humans were.


According to a statement issued from the Society for the Prevention of Cruelty to Animals (SPCA), the largest independent animal welfare charity group in Hong Kong, "We wish to remind the public that there is no evidence that companion animals can transmit the disease to humans,"  according to the South China Morning Post.

"Currently, there is no justification in taking measures against companion animals which may compromise their welfare," the World Organisation for Animal Health added in a statement.

However, the CDC recommends that those afflicted with the Coronavirus have others walk and care for their pets while they are contagious.  It is recommended that all pet owners wash their hands after petting or snuggling with their pets, as it is possible for the fur of a pet become a vehicle for transmission.